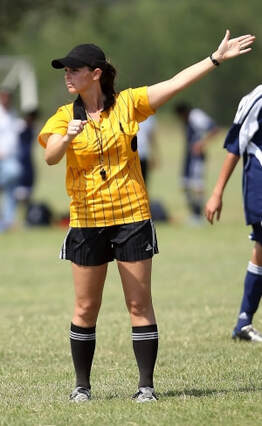 The FA have published official walking football rules (FA's Laws of the Game), however we have our own simplified set that we use for our friendly sessions. They are broadly the same as those used by the FA and in friendly sessions elsewhere.

1. Walking only at all times when the ball is in play. Players may not run or jog, with or without the ball.
2. Players may not head the ball.
3. Low impact tackling and physical contact only is permitted. No sliding tackles. No tackling whilst on the ground. No tackling between or around the legs from behind.
4. The ball must not pass above head height. A free kick is awarded to the opposing team if the ball is kicked or deflected above head height. An exception to this rule is a deflection off a goalkeeper, in which case the goalkeeper is given possession of the ball.
5. "Throw-ins" must be kicked in.
6. Opposing players must stand at least 3 meters away from the ball when a corner, free-kick, kick-in or kick-off is taken.
7. Goals cannot be scored direct from free-kicks, kick-offs, kick-ins or drop-balls.
8. Players are not allowed in the penalty area, (however see rule 13 below). If a defender enters in the penalty area deliberately a penalty is awarded to the attacking team. If an attacking player enteres the penalty area deliberately ball possession is given to the defending goalkeeper.
9. If a free kick is awarded to the attacking team within 3 metres of the penalty area the position of the free-kick is moved back to allow defenders to position themselves between the ball and goal.
10. The goalkeeper may distribute the ball by kicking or throwing, throws must be under-arm.
11. The goalkeeper can receive a back pass, but he/she may not pick up a back pass, and on receiving a back pass must distribute the ball by foot.
12. When taking a penalty, a player may take a maximum of two steps before striking the ball. 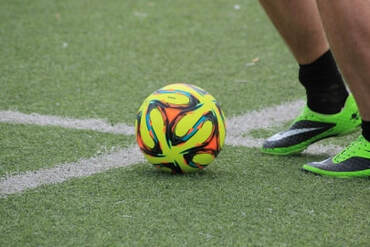 Depending on the number of players and the size of the playing area, the referee will decide on the following match-specific rules before kick-off.

13. If players, other than the goalkeepers may enter penalty areas.
14. Areas on the pitch from which the goals may be directly scored, for example opposition's half only or opposition's penalty area only.
15. The maximum number of touches permitted by a player before it must be touched by any other player (by default three touches). After making the permitted number of touches a player must retreat from the ball.
16. If goalkeepers will be permitted outside their penalty areas.